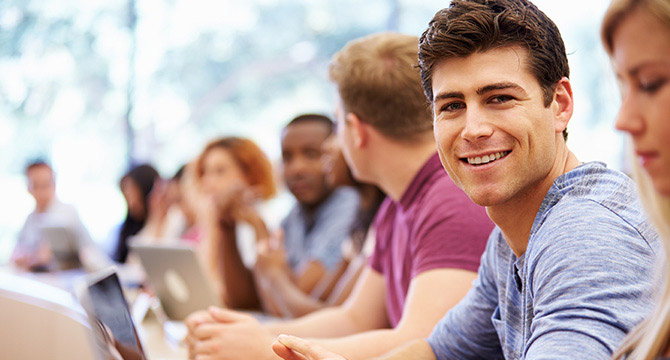 The Essence of Youth Soccer


WHAT AND WHO IS RIGHT?

"Is competition healthy for players' development in Youth Soccer Divisions?", "If not, when is it right time to implement it in a player's career?", "How should the format of competition be organized?" – these are all questions and an ongoing dilemma among youth soccer associations, club philosophies, sociologists, parents, and so on. When taking aspects such as knowledge, experience, perception into consideration, it is not easy to conclude what is right.

COMPETITION IS NATURAL IN YOUTH SOCCER

What is known for sure is that coaches must create an environment and training methods using teaching skills (not only training drills) to ready players for competition from an early age. Why? Because competition is a natural habit, installed in every kid. For some to a bigger extent than others, but surely no one likes to lose – everybody wants to win.

It is the coach's duty to help children learn to accept competition with a positive attitude, excitement, and passion for performing better than an opponent, without fear of failing. Therefore, coaches, clubs administrators, and parents must support their players/children come what may. It should be taken as a learning phase and children should try to get the best out of the experience for future occasions.

Coaches play a key role in the children’s’ development process as they become players. A youth soccer coach must help his players understand their match experience in all situations. This is why match preparation must be precisely defined and clearly presented to players to keep them motivated and gain confidence.

Match instructions should be positive and encouraging since players are undoubtedly trying their best and are pretty unhappy when they make mistakes. At the same time, reprimanding a player who is intentionally playing out of the concept is encouraged, while not making that too confusing for the talented player. Authorize players to be creative and productive, to make independent decisions in favor of the team (not personal promotion). Always remind them that it is for a good team that individuals shine out.

Post-match analysis is a potent tool that helps players understand their performance and the performance of the whole group in general. Briefing should cover particular and critical moments of the game, both positive and the ones that count as bad.

SOCCER FROM THE STANDPOINT OF PLAYERS

Motivation is the all important ingredient in doing things right – the same goes for youth soccer. Kids love being with their peers/friends, playing together for the same purpose, and sharing excitement in every action. They learn simultaneously from each other during the play, they analyze situations and how their friends dealt with game problems, they imitate each other, but with their own stamp. Those are key features of children during the game. Also, the action and the personal involvement in contributing to the team's effort, also the scoring or saving their own goal - all those are priceless moments they live through in every match.

We, as coaches, must provide them with that adventure and accompany them on that journey.

THE LONG AND EXHAUSTIVE PROCESS OF A PLAYER'S DEVELOPMENT

There are occasions when a certain player is not trying hard enough and is not persistent, quickly giving up in many situations during the game, or displaying poor sportsmanship and unethical behavior. If we, coaches, detect one of these signs, we must react in order to return the player on the right track.

A players' development is a long and exhaustive process which calls for long-term planning with players and teams. We must prepare the team for every match at the end of the week and in the interim. However, our primary and final goal, which we are striving for, is establishing in children a lifelong love and passion for the sport.

Ultimately, every coach wants to develop strong, fair characters and create an atmosphere where children wish to come to practice - no matter if they had lost the game last Sunday.